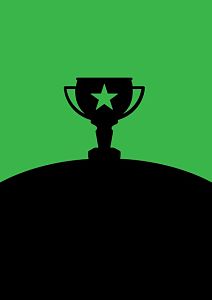 We here at OPSI recognise the value of celebrating innovation, regardless of whether the innovations are great successes or whether they are failures that we can all learn from. An increasingly popular way to celebrate innovation is through awards that can provide well-deserved recognition for innovative teams and projects, and sometimes even funding to help take innovations to the next level. They’re great for surfacing examples and for inspiring others but they can also leave some people feeling left behind. We’ve done some research already and would like to know more.

nnovation awards have been around for at least 30 years, and the practice has picked up even more steam in recent years. In our recent report that Marco recently blogged about, Fostering Innovation in the Public Sector, we observed that awards and recognition programmes are one of the main approaches to promoting innovation in all levels of government in countries around the world. In general, research shows that government innovation awards programs have five objectives:

We have seen that awards can in fact contribute to successfully achieving all of these objectives. They can help motivate and inspire public employees to try new things withing their own organisations, and when an award is sponsored by leaders at the most senior levels of government, it can send a clear message that innovation is a top priority, which is fundamental to broader culture change. Research shows that awards can also lead to the completion of innovations, and can create “heroes” that others can emulate.

However, an award alone is not enough. By itself, an award is unlikely to have a significant impact on developing innovation capacity in the public sector. Awards are more likely to be powerful when combined with a range of other elements aimed towards similar objectives. In this sense, awards serve more as one piece of a broader puzzle to unlock the innovative potential of government organisations and their public servants. Other elements than can help are things like a repository of recent innovations and lessons learned, a network of innovators, and learning methods and opportunities based on lessons learned from studying award-winning projects and other innovations. For the greatest impact, as discussed in the Fostering Innovation report, they can also be paired with things like seed funding or targeted training to further arm the innovator with tools to succeed.

Awards programs can also be deeply personal to some innovators. In working with officials from central, regional, and municipal levels of government around the world, some innovators report to us that awards can have unintended consequences, and in some cases, discourage innovation. Innovators, for instance, have expressed to us feelings of being left out if their innovation is not selected as a winner.  Research shows this can lead to resentment and feelings of being punished, especially if it is perceived that the winner(s) was undeserving. Others have communicated frustrations that while their work is very innovative in its own context, it may not be ‘shiny’ enough to be selected when placed side-by-side with projects armed with varying resources or in hotter fields (e.g., technology). Some also think that regognising something as the “best innovation” runs counter to the belief that all innovation is good, even failures, if there is a positive impact or something is learned.

Although these concerns may not outweigh the positive benefits of awards, they are valid and should be considered in developing or iterating on an awards program. Things like making information available for non-winning projects to help others learn can help the teams behind these projects know they have contributed to the greater good and may inspire others to innovate. Such intrinsic benefits are particularly important in the public sector, as the intrinsic motivator of public service can be just as important as the idea of a financial award or broader recognition. Clear and transparent selection criteria can also help people understand why a winner was chosen and why non-winners were not. Carefully determining and articulating exactly what is being awarded is important as well. Instead of “best innovation”, award givers could focus on less traditional and potentially more inclusive aspects such as high likelihood for replicability, scalability, or successfully pivoting from a failure based on learning from what went wrong.

One final observation of awards is that there is very rarely follow-up related to the award-winning project and team. Innovation awards are often announced celebrated with great fanfare, which in many cases practically disappears the next day with little subsequent reporting on what happened to the project and its team and whether the award was able to assist in any way, such as by providing funding to further implementation or securing the political clout needed to achieve greater acceptance of new practices. Organisations that give awards or are considering doing so may want to keep follow-up in mind, even though fully jumping into the next exciting project is hard to resist. It would make those of us here at OPSI happy anyway.

We’re interested in learning more about the current state of innovation awards and what has been learned over the last 30 years of their existence. We’re also interested in being closer to the awards process to learn how they play out in real life and how groups that are giving awards are able to overcome some of the limitations of awards discussed above and how real the pros and cons of awards are to them. A big initial step for this is gaining a solid understanding of the awards ecosystem and they key players. We’re been keeping track of a number of innovation awards that we’ve listed below. Are we missing any? Please let us know at [email protected].